By complete coincidence, I had planned to write an article today on how I feel Facebook’s gradual changes through 2017 and into 2018 are changing the platform for advertisers.

If we wind the clock back to 2007, when Facebook first introduced Pages for businesses, a high organic reach meant that business, both large and small were reaching a large percentage of their page audience with each and every post/update.

Since 2007, Facebook has gradually decreased organic reach to the point that, currently, organic reach is well under 5% (if 1,000 people like your Business page, an average of <50 people will see your post, on average). Why? Facebook realised they could make A LOT of money here.

By the end of 2017, Facebook ad revenue exceeded $10bn. This is $10bn from businesses paying to reach people with their posts/adverts. The more Facebook restrict organic reach, the more businesses need to pay to reach their customers.

There are positives to this however. Over the past 5 years, Facebook have worked hard to improve their advertising platform. They have introduced new advert types, targetting options, Ads Manager, Power Editor, Creation Suite and much more. The result of all this is that, if you are paying, Facebook has been/is a very effective form of advertising. Both in terms of sheer volume and also in targetting ability.

As athe director of Kilted, I am a big advocate of Facebook, and particuarly of their paid adverting platform. We have achieved truly staggering results for clients, all on modest ad spend.

What has not been mentioned in yesterdays press releases surrounding newsfeed changes is changes to paid reach. We would bet a lot of money that this will remain unchanged. This, in theory, will mean a big spike in ad revenue as businesses will now be forced to spend to reach their customers.

My concerns lie with small to medium sized businesses

Larger business that are able and comfortable to set aside a budget each month for Facebook advertising will continue to do so, and as a result they will continue to reach their customers. Their posts may even perform better as a result of newsfeeds being less saturated by other organic page posts.

It is the SME’s that will suffer. Over the past 10 years, Facebook presented SME’s with a new opportunity – an effective form of advertising that did not require the big spend of print, OOH etc. There have been many SME’s who have built their businesses almost entirely on Facebook and are reliant on the platform for revenue. There are two issues that I see arrising from the announced changes:

I have been encouraging clients to utilise a paid advertising budget for some time now. In fact, every client currently on our books has a monthly paid advetising budget. I predicted that organic reach would continue to drop but hoped it would not be as sudden as this. There has been talk of a double newseed, with friends and family updates on one side and page posts on the other. We can only hope that this is introduced at some point.

If you are concerned about how these changes will affect you, or you require help with paid advertisng then please get in touch. 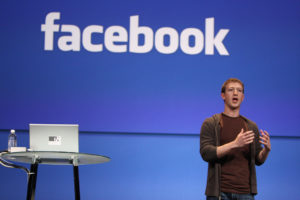